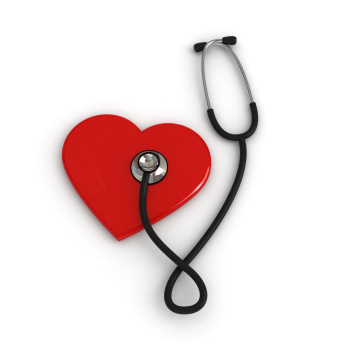 Sleep is a pastime occupying a third of our lives, but until recently few medical school curricula gave the topic of sleep more than passing mention. Sleep was considered a necessity, but only as a source of recovery of energy for weary muscles and organs. Now, the medical community has awakened to the importance of sleep, and further has identified many cardiovascular (heart and circulatory) problems associated with poor breathing during sleep, known as sleep apnea. This new awareness has made the identification and treatment of sleep apnea just as important as controlling blood pressure, blood sugar, and cholesterol for eliminating a cardiovascular risk factor.

Obstructive sleep apnea (OSA) is the more common form of sleep breathing disorders. It involves a collapse of the pharynx (throat) behind the mouth or nose due to excess tissues, tonsillar enlargement, the tongue falling back, or nerve dysfunction. The symptoms are wide ranging, including snoring, gasping or choking at night, frequent unaccounted for awakenings, excessive daytime fatigue, frequent nighttime urination, erectile dysfunction, night sweats, poor concentration, difficult to control blood pressure, or simple lack of energy. Occasionally, the only indication of OSA is the observation of poor breathing by a sleeping partner.

In the past few years, several scientific outcome studies have been published that demonstrate unequivocally how important sleep breathing is. In particular, the association of OSA with many negative cardiovascular consequences has led investigators world-wide to consider the causes and to identify benefits of treatment. Cardiologists at a Belgian university (Shivalkar et al.) studied people who did not have any symptoms of heart disease but did have OSA. They established a direct relationship between the apnea and significant changes in cardiac function and heart structure. These changes included thickening of the heart walls and decreased speed and amount of blood flow out of the heart. Treatment of the OSA for 6 months reversed the heart structural and blood flow changes completely. Their research was published in 2007 in the Journal of the American College of Cardiology. The implications are startling: individuals with sleep apnea should treat the problem to avoid inevitable heart disease; structural heart changes and blood pumping dysfunction can develop in persons untreated for apnea even before there are symptoms of heart disease.

In 2005, The Lancet, one of the most esteemed medical journals in the world, published a long-awaited study by Marin et al. Spanish investigators had followed nearly 2000 men for a mean of 10 years. Nearly 1500 had OSA; nearly 500 were control subjects without apnea or snoring. The study demonstrated that patients with severe OSA who elected not to receive treatment had a four times greater risk of fatal and nonfatal cardiovascular events (heart attack, stroke, bypass or angioplasty surgery) than the matched control group. The apnea patients who received treatment had a reduction of cardiovascular risk to nearly the low rate of the control group. The study dramatically showed the significant reduction of risk of a heart attack or stroke in persons who elected to be treated for sleep apnea.

Until recently, it was unclear why stroke survivors had a roughly 50% chance of having significant sleep apnea. Many have questioned if sleep apnea is the cause of, or the result of, the stroke. Yale investigators under Yaggi helped to clarify the picture in their study published in the New England Journal of Medicine in 2005. They showed a tripling of the risk for stroke or death in patients with untreated severe OSA, and a doubling of the risk for apnea patients of any severity. Thus, it became apparent that treatment of sleep apnea is extremely important in helping to prevent stroke. This study was one of a few that led the American Heart Association to declare that OSA is a significant risk factor for stroke.

There are potentially significant cardiovascular consequences of poor sleep health, particularly from ineffective breathing during sleep. Many physicians have now recognized the importance of questioning their patients’ sleep habits and behaviors. Testing sites and treatment for sleep apnea are readily available in the US. Insurance panels invariably include OSA as an allowable condition for testing and treatment.

There are important cardiovascular implications from sleeping well, which means having normal breathing throughout the night. If you are uncertain about your sleep health, ask your doctor.