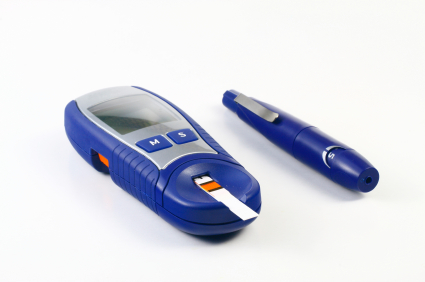 Diabetes Mellitus (Type 2) and Obstructive Sleep Apnea—
Are They Related??

Research has now conclusively shown that Type 2 Diabetes Mellitus (DM) is related to the common sleep disorder known as obstructive sleep apnea (OSA). People with OSA will stop breathing or have rather shallow breathing periodically during their sleep. Depending on how frequently the apnea occurs, it can be a serious condition and even life-threatening.

Part of the reason for the co-occurrence of DM and OSA is that they share a common risk factor: obesity, or being overweight. But their relatedness is more complicated than weight alone, because even non-obese diabetics are at increased risk to develop OSA compared to people without DM. A British study showed that 17% of diabetic men had significant OSA compared to only 6% of nondiabetic men. And a Boston study of 60,000 women over a 10-year period showed the risk of developing type II DM was twice as great among snorers compared to nonsnorers, independent of weight, age , or amount of sleep.

It is not difficult to understand how persons with OSA are prone to worsen their blood sugar (glucose) control. Apnea causes insulin resistance. Insulin is the hormone made in the pancreas that helps to maintain the blood glucose levels and move the glucose into the right tissues for energy. With insulin resistance, the normal amount of insulin in the blood does not work as effectively. The glucose levels can then be too high and not get to the proper sites for activity. Diabetics with untreated apnea may thus experience poorer glucose control in the morning. This problem is particularly bad in persons whose night time breathing allows the blood oxygen to be particularly low, persons with more severe OSA.